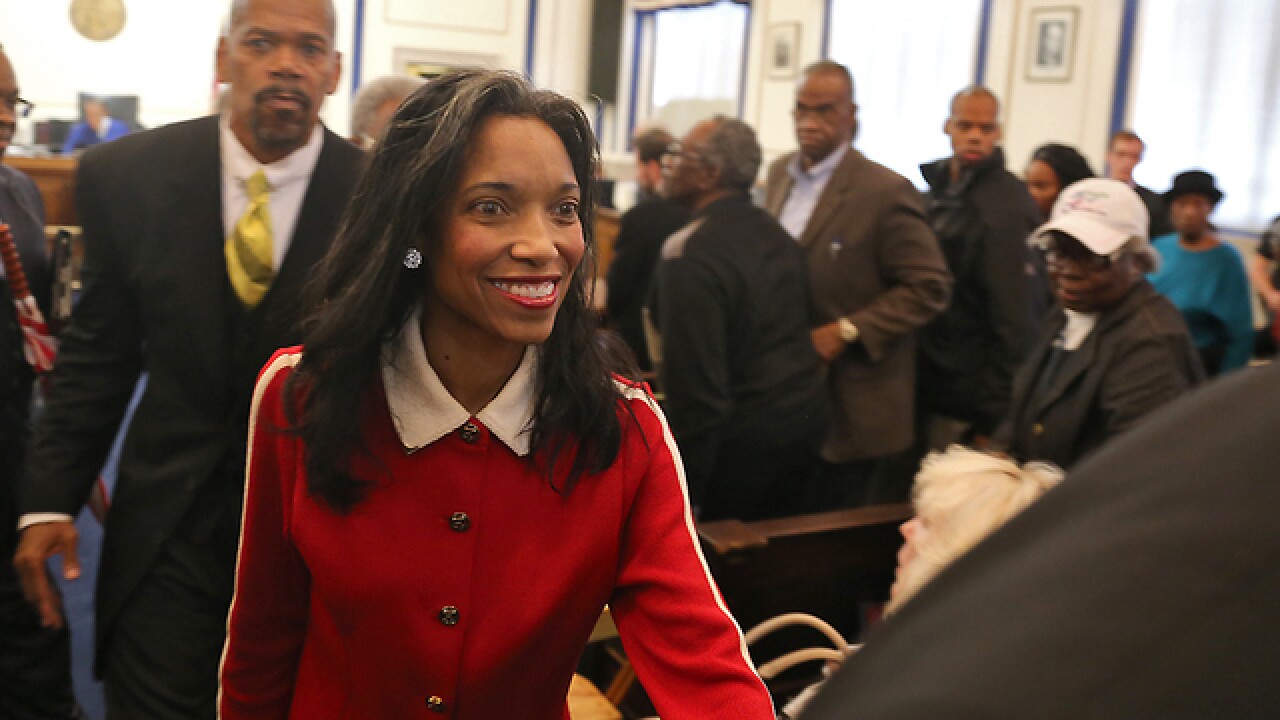 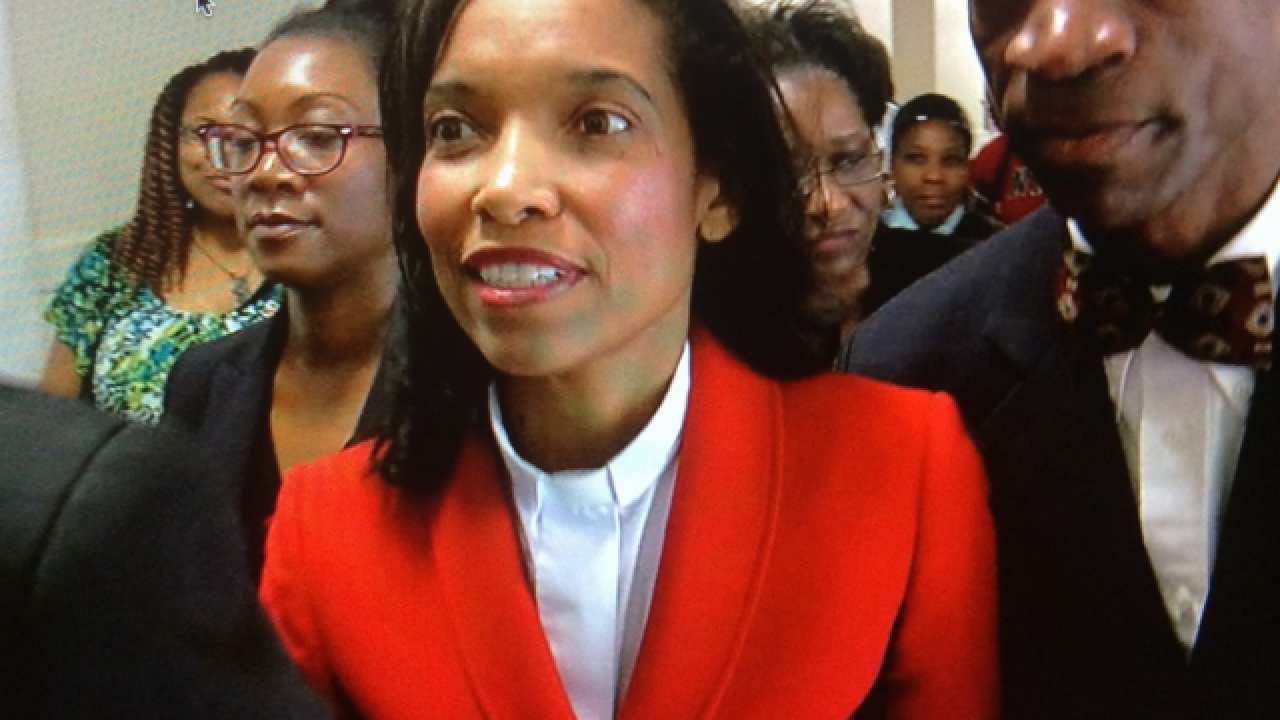 Declaring she received a fair trial, U.S. District Court Judge Timothy Black dismissed Hunter’s petition for a writ of habeas corpus in May and vacated the stay of sentence that Black himself had ordered a full three years ago.

Hunter filed a notice of appeal in response to Black’s decision. Her attorneys also filed a motion for emergency stay to keep her out of jail until the appeal is resolved.

“Hunter will suffer irreparable harm if she is required to serve her sentence before she can litigate her appeal,” the motion argues, and issuing a stay during appeal, “will cause no harm to others.”

With the stay of sentence vacated, the case now goes back to Hamilton County Common Pleas Court Judge Patrick Dinkelacker, who had ordered her to begin serving in the Justice Center on May 20, 2016 and where Hunter’s previous attorneys argued that a back ailment and other maladies would make it too painful for Hunter to be incarcerated.

A hearing before Dinkelacker is scheduled for 9 a.m. on July 22.

Hunter has fought to stay out of jail since being convicted in October 2014 of unlawful interest in a public contract by helping her brother, a juvenile court jailer, in a disciplinary hearing.

Even before Hunter’s trial and the prolonged bitterness that followed, her controversial decisions and battles with prosecutor Joe Deters’ office and the media, who sued her for closing her courtroom and other restrictions, split the community along racial and political lines. A Democrat, Hunter was the first black woman elected to Hamilton County Juvenile Court and took the traditionally Republican judgeship in a hotly-contested 2010 election that went to federal court, setting the stage for years of animosity between county Republicans and vocal Hunter supporters.

SEE Tracie Hunter timeline from her election to present.

WCPO and the Enquirer sued Hunter in regards to the notorious “bored beating” case. The case involved six teens who said they attacked a North College Hill man, Pat Mahaney, because they were bored and looking for something to do. Hunter put all six on house arrest. After the Enquirer published the boys’ names, Hunter barred the Enquirer from courtroom proceedings in that case. The First District Court of Appeals ordered Hunter to allow the Enquirer in her court, but she refused.

In 2013, WCPO sued Hunter over broad restrictions she imposed in coverage of the “bored beating” trials. The suit claimed her restrictions were unconstitutional. In addition, the suit claimed that three documents the court produced to show that WCPO had agreed to comply with Hunter’s orders, purportedly signed in handwriting or typewritten, had not been signed by WCPO.

In her May 2016 petition, Hunter claimed misconduct by special prosecutor Scott Croswell III and errors by Judge Norbert Nadel violated Hunter’s constitutional rights during her trial. Hunter specifically cited Nadel’s failure to poll the jury upon announcement of the verdict in open court. Hunter also claimed the appellate court misapplied federal law when it upheld her conviction.

Black allowed Hunter to remain free while he considered her plea. A year later, in May 2017, U.S. Magistrate Judge Karen Litkovitz wrote in a 68-page report and recommendation that Hunter had not proven her case.

Hunter originally faced nine counts of judicial misconduct, including forgery, backdating court documents to prevent prosecutors from appealing her rulings, misusing a court credit card to pay for legal filings in lawsuits against her, and illegally helping her brother by giving him documents related to his disciplinary hearing and arranging for him to get extra work hours. The jury did not reach a verdict on the other charges and they were dropped after she was convicted.

Even before her trial, the Ohio Supreme Court suspended Hunter from the bench in 2014 after she was indicted.

Dinkelacker, who assumed Hunter’s case after Nadel left the bench due to state age limits, has the next move. Dinkelacker has issued nearly a dozen continuances while waiting for Black’s decision. At the time Black stayed sentence, Dinkelacker said he believed Black’s decision was an “overreach” of his authority, but he also said he would not defy the federal judge.

Some community leaders and local Democrats saw Hunter’s charges, conviction and jail sentence as racially and politically motivated. Tim Burke, then the Hamilton County Democratic chairman, called it a “cause of serious concern” in a community divided by racial issues.

“All across the country, serious questions of trust are being raised about the fairness of our justice system in matters involving race,” a letter signed by 50 Democrats said. “To sentence to jail the first African-American judge to ever be elected to our Juvenile Court … will only deepen that mistrust.”

Hunter’s attorneys said she has “serious health issues” – including “significant arthritis of the lower back” and “stenosis of the cervical spine” – that would be aggravated in jail.

The Ohio Supreme Court stayed Hunter’s sentence for nearly 17 months while she appealed. But when the state high court voted 4-3 not to hear her appeal, that stay expired.