So now who is really being stupid?

So now who is being really stupid?

Here is what the “government,” agencies and agents are presented as an organization chart.

And here is how smoke is being blown up our kilts…

And do you notice anything else that is odd?

This new organizational structure instituted by the city would seem to imply the form of government has been changed to reflect separate roles for the elected public servants and appointed public servants.  Now by whom would such a change be authorized?  Are we looking at an act of treason?  Over-throwing the legitimate form of a republic type of government?  With no consent from the governed?  With no full disclosure?

Well according to the Agenda 21 style marketing promotional material, this was decided by the city clerks who belong to the www.californiacityclerks.org.  Which by-the-way seems like a direct violation of the California Brown Act.

Notice the City Clerk is the Compliance Officer and is in fact violating the Brown Act. 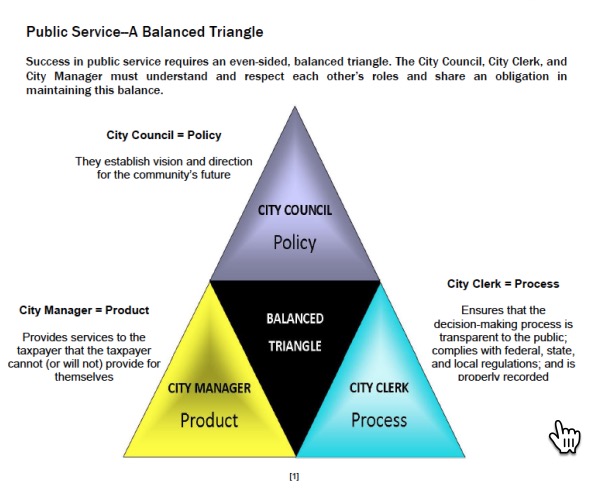 Notice the free use of the term = democracy.   But we are a republic…not a democracy.  Deceptive and misleading…?

Also notice the link www.leginfo.ca.gov  Darn if it does not look like legitimate information from the California Legislature…sponsored site with all of the right information…But is it?  Or is it a decoy…a deception?

Considering there is no legitimate government operating with the lawful delegated authority of the governed…(the sovereign people of California),  what do you think?

So does this swamp also require draining?