The Planning Commission votes 3-2 to recommend to the City Council that it approve the Specific Plan Project for a new hotel, 88 residential homes and retail stores. 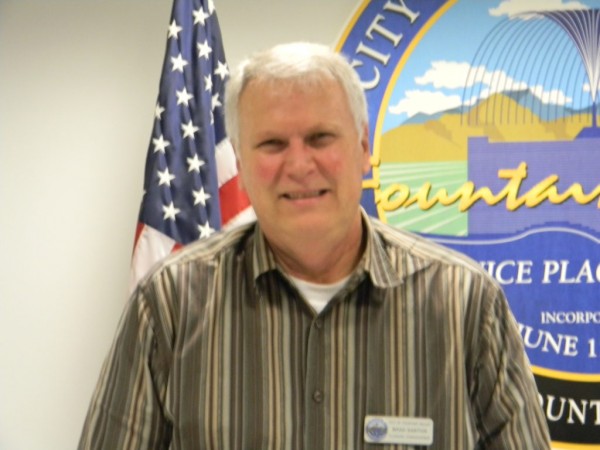 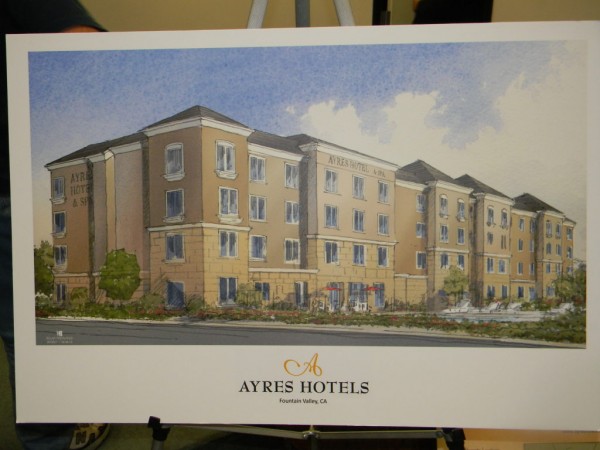 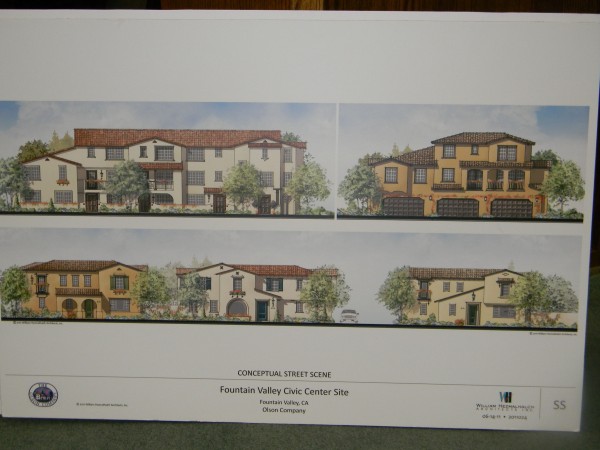 The Fountain Valley Planning Commission voted Wednesday to adopt a proposal for construction of a four-story, 124-room hotel, 88 residential homes and 2,300 square foot retail space on the southeast corner of Brookhurst St. and Slater Ave. behind City Hall.

Next up will be a public hearing on the proposal before the City Council on March 6.

There were a few anxious moments as the five commissioners cast their vote following a two-hour public hearing attended by representatives from The Olson Company and the Ayres Hotel Group, as well as several dozen unhappy homeowners from the surrounding area of the proposed Fountain Valley Civic Center Specific Plan Project.

The vote was 3-2 with commissioners Marie Drilling, Michelle Jensen and Steve Brown supporting the proposal, and Chairman Brad Gaston and Carol Proctor opposing it. Commissioner Ronald Walker was absent due to a medical problem, according to Gaston, so alternate commissioner Brown took his place.

Gaston told the packed crowd in council chambers that when he arrived for the meeting he favored the proposal. But after listening to the pleas of local residents and hearing the numbers one more time, he decided the size of the project—on 8.62 acres at the former Safeco building—was “too dense” for the area.

“Initially, when I saw first saw it, going back several weeks, I wanted something to happen to the building. I didn’t want it to sit empty anymore,” Gaston said. “I felt it had been too long and nobody would come in with anything better. But after seeing all the density and the issues involved, I didn’t feel it was going to work for the community.”

Many of the homeowners who attended the public hearing were the same ones who attended the last meeting on Feb. 7. They again criticized the number of residential homes that would create more traffic in an already congested part of town; the rationale behind building a 50-foot tall hotel across Brookhurst St. from another hotel, the Marriott; and the availability of parking, especially on weekends and holidays, and for special occasions.

“I’ve been wrestling with my thoughts, but after hearing all the testimonies from the citizens, it was just my gut feeling that it wasn’t going to work,” Gaston admitted.

The Olson Company of Costa Mesa has been working on this proposal since May 2010. It has held 17 small community meetings and seven large meetings, and has submitted 26 site plans over the last two years. Company officials said they were pleased with the outcome but were not exactly celebrating afterward, knowing that their work is far from complete.

“We look forward to taking it to the City Council. They ultimately have to make the final decision on the project,” said John Reekstin, Olson senior vice president. “Hopefully with their approval, we can move forward on the project. We are very anxious to get started. We think it’s going to be great for Fountain Valley residents, and we appreciate all the neighborhood input throughout the process. Now we’ll take it to the next step.”

The planning commission adopted 11 resolutions to send to the City Council. Among them the commission recommended approval of the following:

After the public hearing, many of the local residents said they planned to continue opposing the current proposal at the next City Council meeting.