Posted on February 1, 2014 by arnierosner

Thanks to Dr. Zernik

The collapse of the NWO well underway? 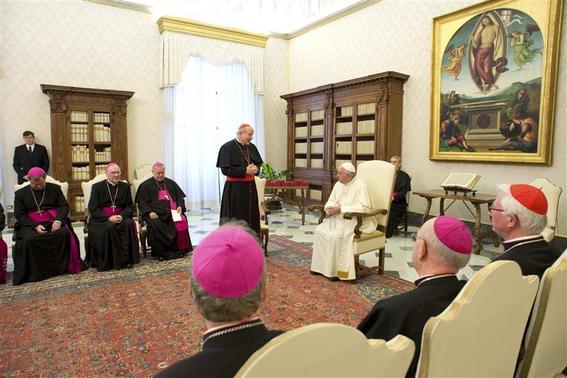 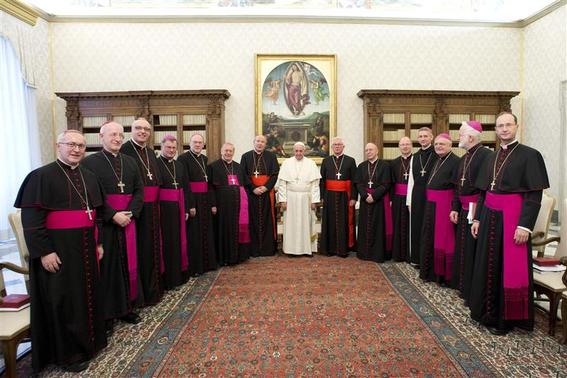 1 of 2. Pope Francis attends a meeting with Austrian bishops at the Vatican January 30, 2014.

(Reuters) – Pope Francis on Thursday replaced a cardinal who played a senior role in Vatican finances for more than a decade, in his latest move to clear out the old financial guard associated with his predecessor.

The Vatican said the pope had accepted the resignation of Cardinal Atillio Nicora as president of the Vatican’s Financial Information Authority (AIF), its internal regulatory watchdog.

Nicora, 76, held high-level roles in Vatican finances since 2002. He was replaced by Bishop Giorgio Corbellini, 66, who has a track record of reform within the Vatican bureaucracy.

The move, which follows the replacement of four cardinals connected to the Vatican bank on January 15, came as Francis is approaching the first anniversary of a pontificate marked by austerity and sobriety.

With Thursday’s move, he has made a nearly total break with the clerical financial establishment he inherited from his predecessor, Benedict XVI, who resigned last year.

From 2002 to 2011, Nicora served as head of the Administration of the Patrimony of the Apostolic See (APSA), which manages the city-state’s real estate holdings and financial and stock portfolios and also acts as a purchasing and human resources department.

Between 2007 and 2013 he was also on a commission of cardinals that oversaw the troubled Vatican bank, which is now undergoing a process of reform to make it conform to international standards of transparency and against money laundering.

A 2012 report by Moneyval, a monitoring committee of the Council of Europe, expressed concern that there were people with roles both at AIF, whose mandate includes regulating the bank, and at the bank itself.

Nicora left the bank supervisory role last year but kept his role at AIF until Thursday.

AIF will have a pivotal role in cleaning up Vatican finances in the coming months as Francis’ reforms are expected to intensify. It will be carrying out an on-site investigation of the bank soon at the request of Moneyval.

A Vatican source said it would have been awkward for Nicora to have any role in investigating departments in which he once held senior positions.

He said Nicora was part of the old guard who had to be moved aside because of his past association with both the bank and APSA during one of the most turbulent periods for Vatican finances.

Nicora was on the cardinals supervisory committee of the bank, officially known as the Institute for Works of Religion (IOR), in 2012 when the IOR’s then president, Ettore Gotti Tedeschi, was fired by the non-clergy board of the bank.

The board said he was a bad manager but Gotti Tedeschi said he was sacked because he wanted the bank to be more transparent.

APSA, the other department Nicora headed for years, is now being investigated by the Promontory Financial Group, an outside company.

Monsignor Nunzio Scarano, a prelate who worked at APSA for 22 years as an accountant and is now under arrest on charges of money smuggling and money laundering, has told Italian magistrates that APSA operated as a parallel bank.

Scarano said outsiders were allowed to have accounts at APSA even though it is against its regulations.