Orange County, CA. Elected Officals: Who among you will stand by your sacred oath? Update 12/02/2012

Posted on December 2, 2012 by arnierosner

The sacred oath of office

Violation of the oath a federal crime

WASHINGTON    D.C. – At the November 29, 2012,  Preliminary Injunction hearing in  Sibley vs. Alexander, Dinan and Lightfoot – a class action lawsuit in D.C.Superior Court against the three District of Columbia Electors of the so-called Electoral College – Barack Hussein Obama, II, refused to produce his  original  Short-Form  “Certificate  of  Live  Birth”  and  his original  Long-Form “Certificate of Live Birth”. These documents are the sole evidence that Mr. Obama has proffered to the American People to establish his Article II, §1, eligibility for the Office of President. Those documents had been subpoenaed for the hearing by Montgomery Blair Sibley.  As a result, Mr. Sibley today filed his  Verified Motion for Rule to Show Cause Why Barack Hussein Obama, II, Should Not Be Held in Contempt of Court.  Judge Mott has reserved decision on that motion pending a response by the Defendants.

Mr. Sibley said: “What exactly is the objection to producing your original birth certificates when subpoenaed?  No objection was filed by Mr. Obama or his attorneys.  He simply chose to ignore a lawful court process.  Such disdain and disregard of the rule of law is appalling from one who – pursuant to Article II, §1 –has sworn to “preserve, protect and defend the Constitution of the United States.”  Everyone else in these United States has to follow the law and prove, as required by  8 USCS § 1324a that they are legally entitled to work before beginning a job, why does Mr. Obama believe he is above that law and can ignore it?”

The video’s above expose the very criminal character of an illegal alien many publicly elected officials have chosen to aid and abet in the commission of a conspiracy against the American people.  In this case, your constituents in Orange County, California.  The extent of the intense disinformation campaign, exposed in the video’s, masking public corruption in elections, prompts me to demand you, as the board of supervisors of Orange County, California, and trustees of the public trust; a public trust entrusted to you for proper administration,  take appropriate what ever measures are necessary to disqualify the fraudulent election process.  Further I also demand you prevent certification of this election until major discrepancies are properly investigated and resolved by groups of independent public oversight committees.

Any actions on the part of the board or you as independent commissioners, to move ahead and certify this questionable election process , in my opinion, will be viewed as treason.

Let it be only he who among you who is a traitor to the Constitution and the American people, be the one to certify that the candidate, Obama, is legally qualified to hold the position of president of the American people, is of the proper mental state and demonstrates the high standards of character and moral integrity required, to serve as the president and commander in chief of our military.  And you also acknowledge by so affirming and doing so willingly and with all deliberation, even being given this notice in advance, commit treason against the people of Orange County, California and the American people. 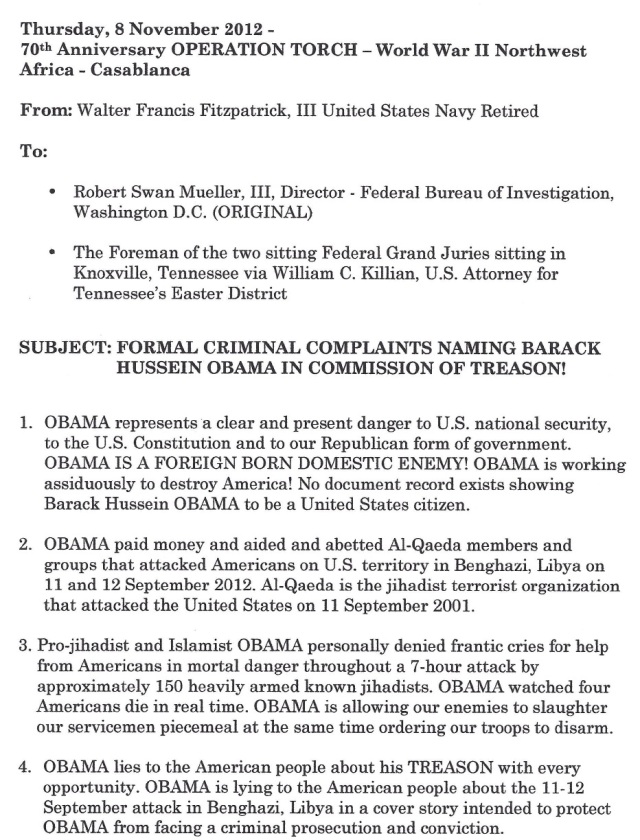 Second cause of action: 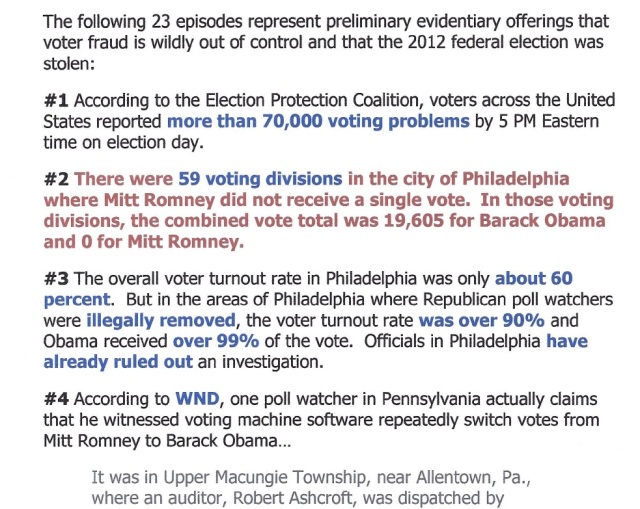